Introduction: This exhibition serves to discover and explore science fiction and its fashion as our final project for the course titled “Curating Fashion Exhibitions.” Science fiction is an expansive genre that dominates popular culture and more specifically the film industry. The article “Interpretation of Costume Design in Science Fiction Films from the Perspective of Postmodernism” written by Jian Ruan dives into the aspects of science fiction fashion: “The fantasy style, which is divorced from reality, makes the costume design in science fiction movies become the most inclusive clothing type for diversity, heterogeneity and novelty among all the movie costume styles” We believed in this quote while beginning research for the exhibition. Using various collections on Cornell’s campus, including the Cornell Fashion + Textile Collection (CF+TC), the Collection of the Herbert F. Johnson Museum of Art, the Beyond the Taj: Architectural Traditions and Landscape Experience in South Asia Collection and the Rare and Manuscripts Collection, we were able to explore many avenues of science fiction. While this exhibition proves that we were able to explore this genre, it was far from an easy journey.

In order to explore the fashion of science fiction, we had to get as creative as possible with the CF+TC. There weren't any direct references to science fiction so we have reimagined outfits for various characters throughout the genre, from superheroes to dystopian heroines. We want to take the time to acknowledge the clothing used in the exhibition. We are in no way trying to replace their history or meaning. Rather, we want to add this exhibition to the legacy and history of each piece. This exhibition is an experiment in nature. What could a science fiction fashion exhibition look like? Or better yet, what should it look like? This is something we thought long and hard about. 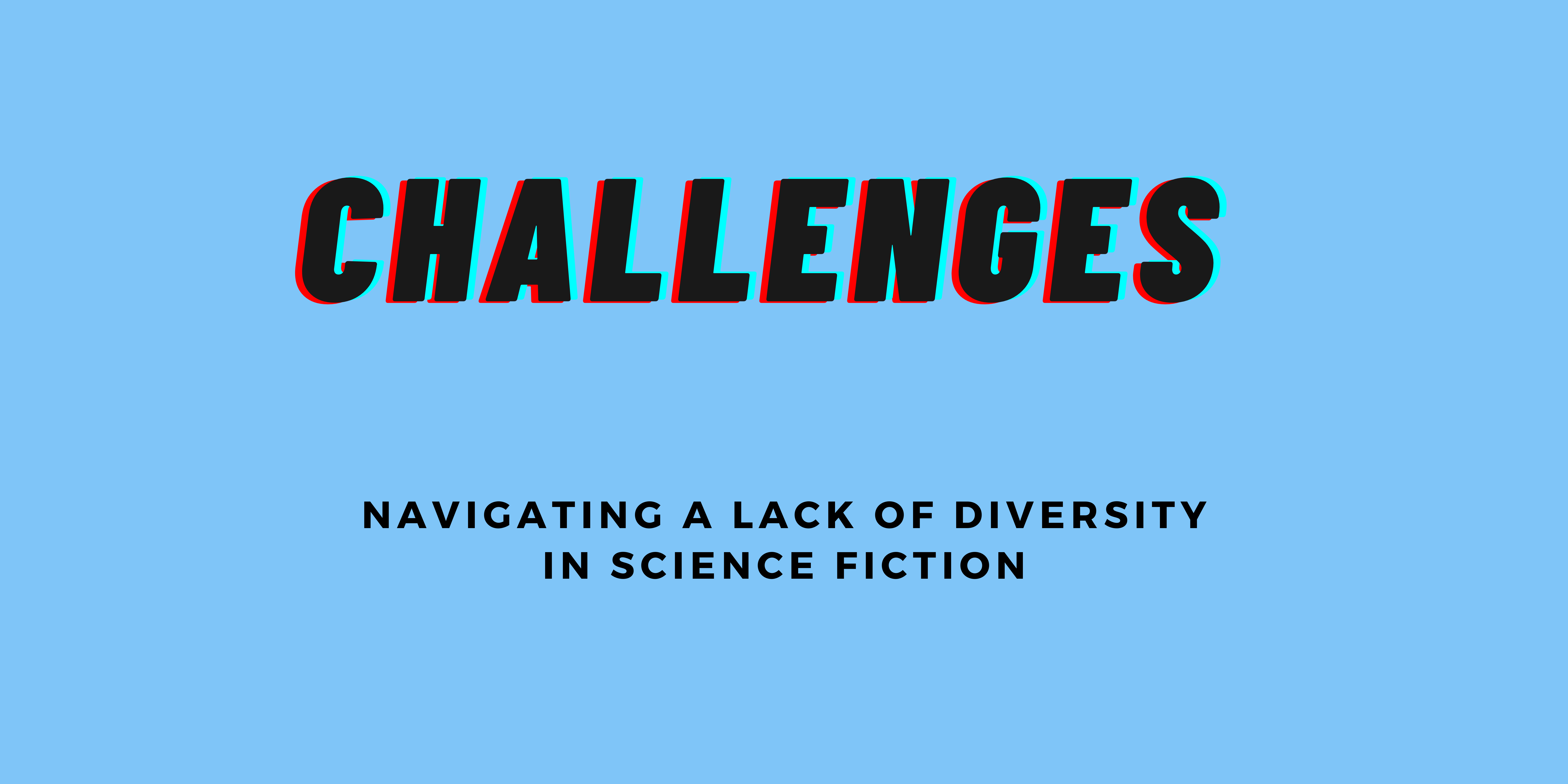 Gender Diversity: After beginning to reimagine science fiction icons, we noticed two things regarding gender. We had an overwhelming amount of men and a lack of overall gender diversity. With a little hope and imaginative thinking, we were able to include a greater representation of women. However, this still shows that there is a lack of gender diversity in science fiction. The second issue we noticed was that when we were able to think of women that were in superhero movies, most had outfits that were overtly sexualized. The women are made to fight crime in leotards while the men received elaborate suits and armor. From this observation, we decided to make a dystopian category where we are able to see a lot more women represented without hyper-sexualized clothing.

Ethnic Diversity: In terms of ethnic diversity, we were unable to fully satisfy our desires. Science fiction as a genre is heavily dominated by white men, especially in films. When trying to think of characters of color, it was predominantly minor characters or none at all. We have 3 pieces in the exhibit "worn" by people of color and those are based on Blade and Black Panther. Before finalizing our outfits, we noticed that we had zero Asian and Latinx representation. Science fiction blockbuster films tend to only have white male protagonists. This creates a vision that science fiction is mostly consumed by white men, which is untrue. Science fiction is consumed by all walks of life. It allows people to dive into new worlds and imagine themselves in a new environment. It can sometimes be an escape which is why diverse representation is so important. Our hope is that this exhibit can be a conversation starter to begin addressing the lack of diversity, both ethnic and gender, in the science fiction world. To challenge this lack of ethnic diversity, we want to provide a list of racially diverse contributors to the genre of science fiction.

Future Aspirations: Our biggest goal for this exhibition was to broadly explore science fiction fashion in the most inclusive and representative way possible. Science fiction is a truly expansive genre and its iconic characters and fashion should highlight this. We primarily focused on ethnic and gender diversity, but there are many more identities that are lost completely in the genre of science fiction. There is little to no representation of people with disabilities, especially in superhero movies. Superpowers are usually used to elevate a protagonist's status. The only superhero that comes to mind is Daredevil who is blind. Although he is blind, his superpowers allow him to see better than most. This character presents a chance to discuss being a superhero with a disability, but it hasn't been a major focus in film or television. We hope that more characters like Daredevil can be explored and serve as accurate representation for science fiction fans with disabilities. Body size variation is another aspect of science fiction that is not valued in main protagonists across the genre. There are idealized bodies and shapes regarding both men and women. Science fiction has continued to perpetuate toxic societal norms when it comes to body size. Most male protagonists are either slender like Luke Skywalker or built like Thor with little deviation. Anyone bigger than these two standards are usually considered a brute or bad guy. It isn't a coincidence that the biggest Avenger, Hulk, is considered a monster at various times. Female protagonists are predominantly slim with an hourglass figure leaving no room for other body shapes and sizes. Adding greater body variation in protagonists could completely redefine what science fiction is and open a door to new iconic characters and fashion. There are many gaps that still need to be filled regarding all of the identities we have discussed including gender, ethnicity, age, sexuality, and so much more. We hope this exhibition reaches both newcomers and fans of science fiction while providing inspiration to dive deeper into science fiction fashion.