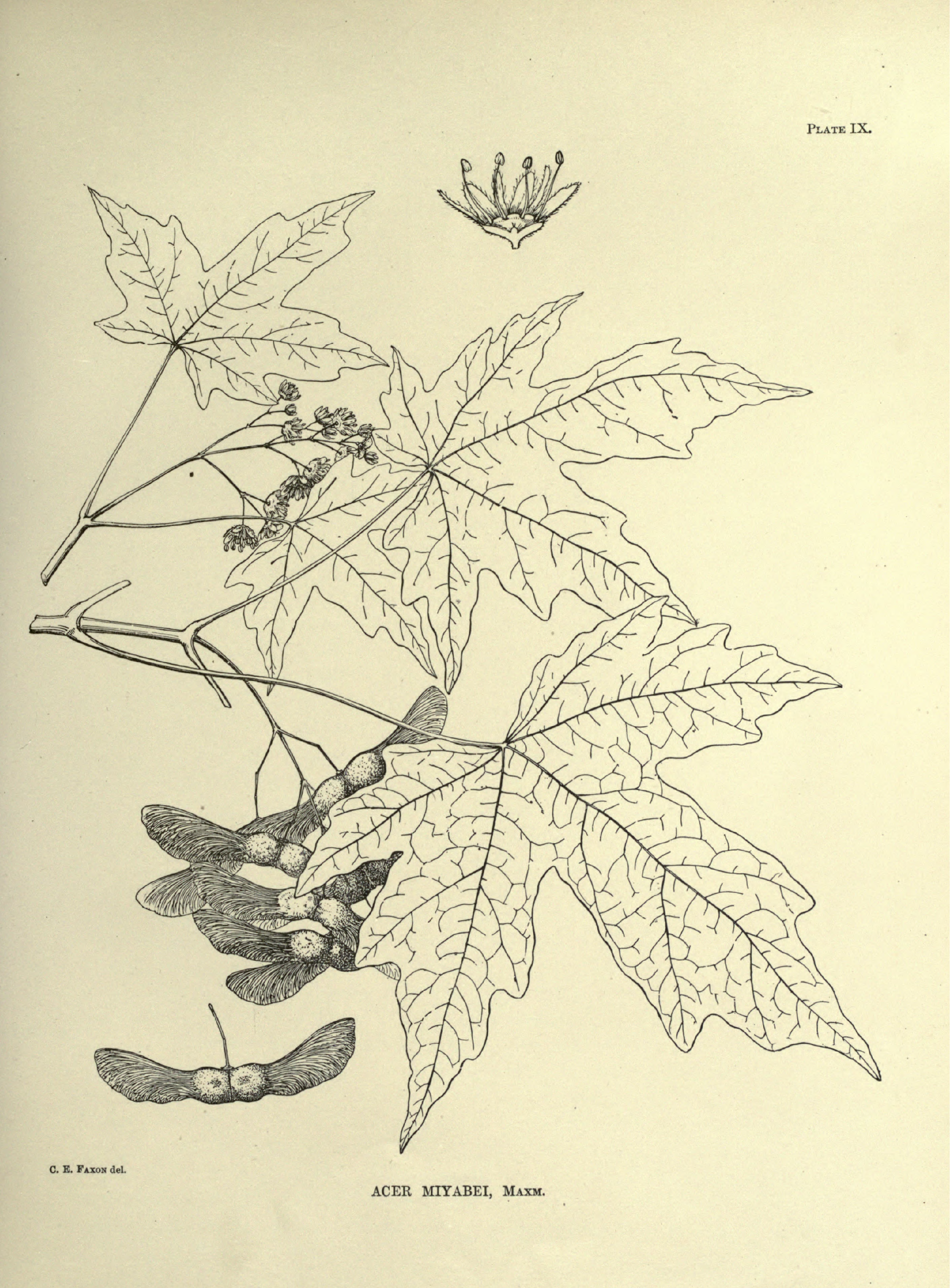 The Miyabe maple was officially identified by its namesake, professor of botany Kingo Miyabe of Sapporo University, who encountered this densely branched tree, with its distinctively deeply furrowed and corky bark, when visiting a nearby forest on the island of Hokkaido in the late 1880s. Endemic to moist woods and stream sides of northern Japan, the Miyabe maple was rarely if ever seen elsewhere in the country.

Acer miyabei was officially named by Russian botanist Karl Maximovich, known for his extensive research on the flora of the Far East. On a research visit to Japan in 1892, American botanist Charles Sprague obtained a generous stash of Acer miyabei seeds, which he brought back to the United States and distributed to botanic gardens in Europe.

Cultivars of the original miyabe maples of Japan, growing up to a height and spread of 40’ respectively, have proved surprisingly well suited to urban environments of the U.S. and Europe, where they can be found lining streets and bringing a golden fall hue to park edges. Sadly, back in the wild of its native Japan, Acer miyabei is now considered an endangered species.

Map of Miyabe Maples on the Cornell Campus

Note that these monetary values will vary greatly based on where the tree stands; energy usage for indoor spaces will not be reduced by a tree placed far from a building, for example. The numbers below are calculated for one specific Miyabe Maple which stands here on the Ag Quad of Cornell's Ithaca Campus.

Over the next 25 years, based on forecasted tree growth, i-Tree Design projects total benefits worth $41

$2 of savings by reducing 69 lbs. of atmospheric carbon dioxide through CO2 sequestration and decreased energy production needs and emissions

Miyabe Maples on the Cornell Campus