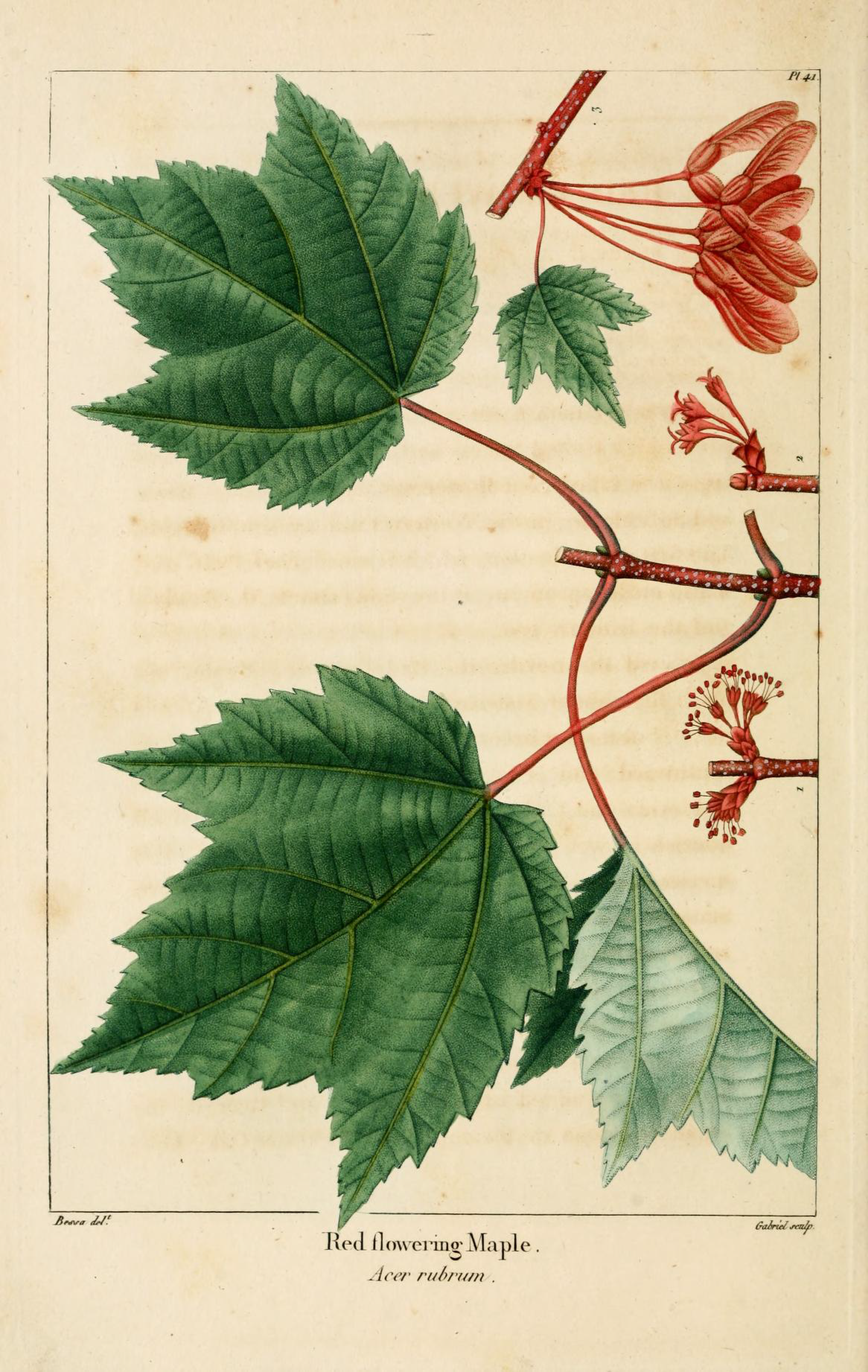 The blush of early red maple leaves heralds spring across the deciduous forests of eastern North America, from Newfoundland, Nova Scotia and Ontario to southern Texas, eastern Oklahoma and Florida.

As the spring season deepens toward summer, the red-tinged leaves turn green, then take on often spectacularly deep red and yellow hues in autumn.

Growing up to 60’ in height, the red maple can grow in acidic, loamy, moist, rich, sandy, silty loamy, well-drained and clay soils. It most prefers somewhat wet soil conditions and lots of sun with a minimum of 6 hours a day.

Red maples do produce some sap, but not as abundantly as the sugar maple. Still, as a star performer in the fall foliage display in the Northeast, the red maple has earned itself some top billing: It’s the red maple leaf you see on the Canadian flag, and for Rhode Island, it’s the state tree.

Map of Red Maples on the Cornell Campus

Please note that these monetary values will vary greatly based on where the tree stands; energy usage for indoor spaces will not be reduced by a tree placed far from a building, for example. These numbers refer to this specific Red Maple which stands here on the Ag Quad of Cornell's Ithaca campus.

Over the next 25 years, based on forecasted tree growth, i-Tree Design projects total benefits worth $858.

$199 of savings by reducing 8,549 lbs. of atmospheric carbon dioxide through CO 2 sequestration and decreased energy production needs and emissions

Red Maples on the Cornell Campus