In 1891, Cornell University celebrated the opening of a dedicated library building with great fanfare. No one was more delighted than Andrew Dickson White, who had retired as Cornell’s first president in 1885. He had campaigned for the building for decades, and one of his inducements to the trustees had been to offer his own sizeable personal collection of 30,000 books, which amounted to an increase of 50% in the University’s book collections. To honor both White’s gift and his interest in architecture, the trustees allocated a large part of the building to an enormous room to house his collection. A room so large, they called it a library—it was officially opened as the “President White Library of History and Political Science.” 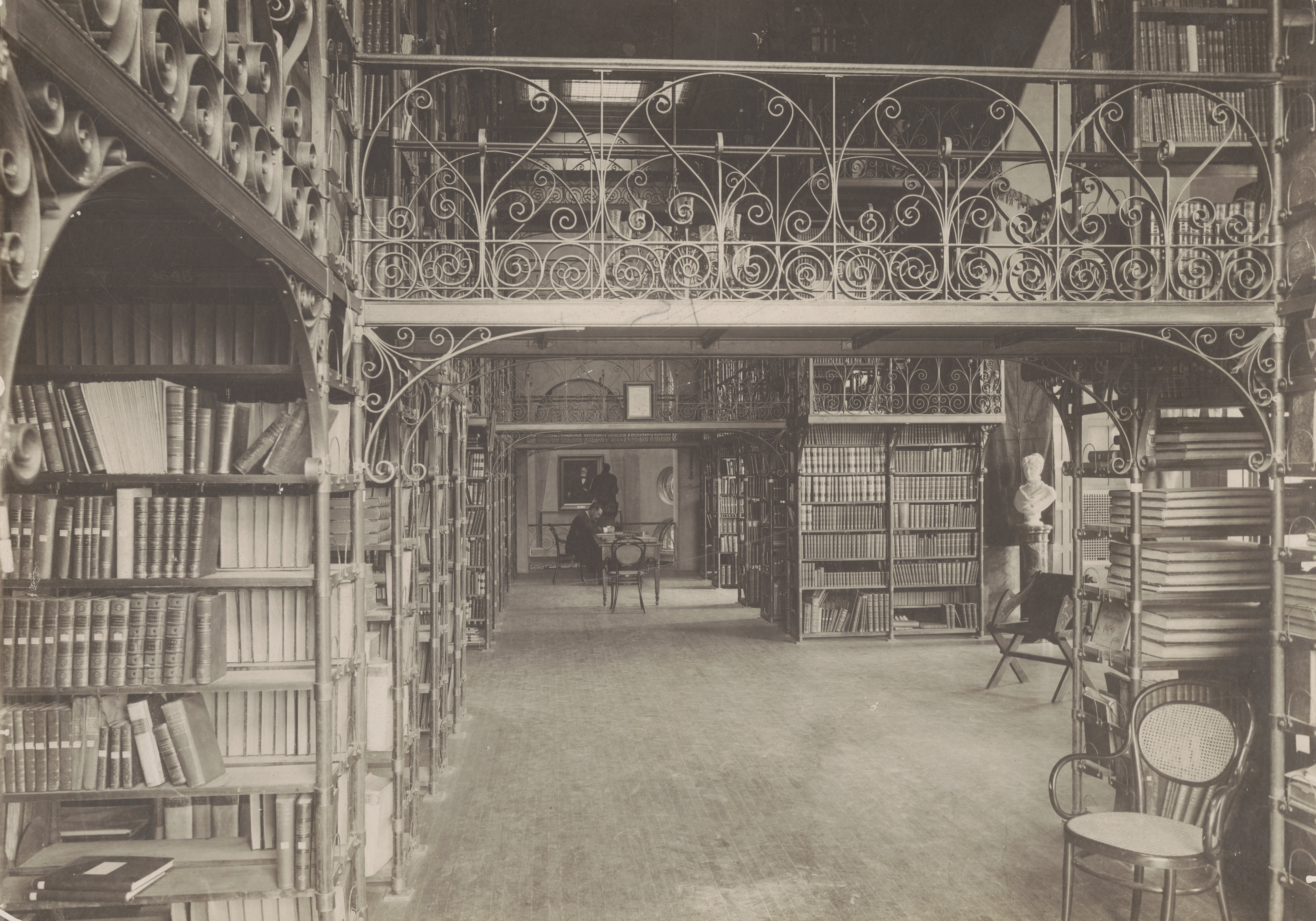 For many years, the A. D. White Library held White’s books, but today most of them are considered rare and have moved to the Division of Rare and Manuscript Collections, now in the Carl A. Kroch Library. The White Library now holds circulating books about book history, publishing, paleography, and libraries. One thing that has not changed is that the library is still a great place to read.

Interested to know which books now live in the A. D. White Library? There are over 28,600. Take a look in the CU Library catalog.